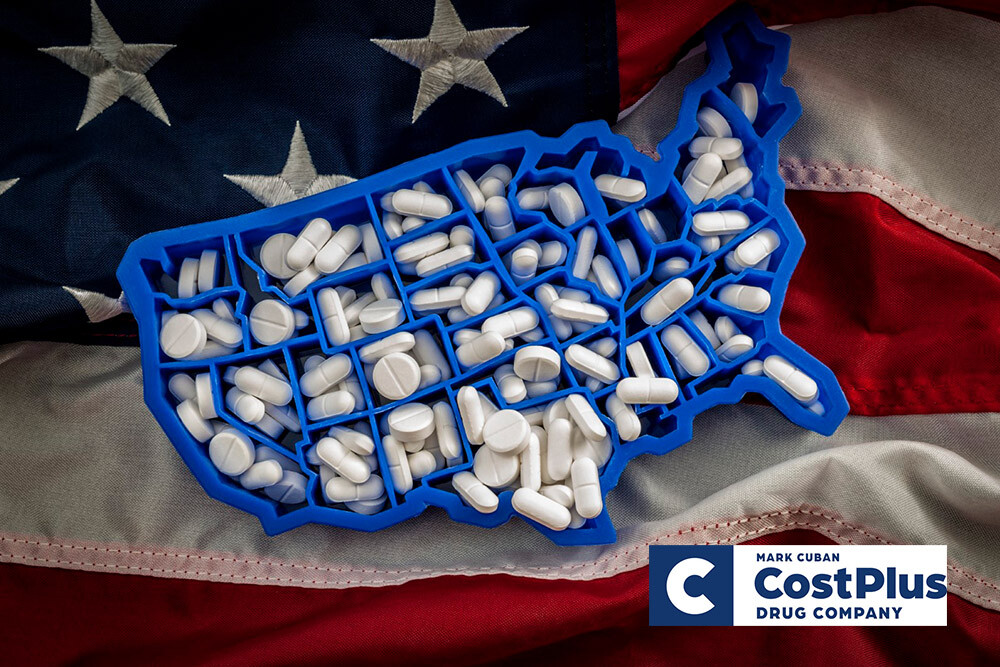 The entrepreneur Mark Cuban’s online pharmacy startup Cost Plus has launched early this year and aims to shake the American pharmaceutical industry to its foundations. It offers over a hundred generic medicines at jaw-droppingly affordable prices. While its main goal is to produce low-cost versions of high-cost generic drugs, the company also values transparency above all things.

The company regularly grows its inventory and aims to provide more than thousands of drugs by next year. It also plans to buy directly from third-party suppliers and start manufacturing its own products. The pharmacy does not accept insurance, but even if patients have to pay from their own pockets, the prices of most drugs remain relatively lower than what insurance plans cover.

What will it change?

Americans might have one thing in common; most of them probably experienced a similar situation; they go to a doctor after some complaints and get a prescription, and then receive an incredibly high bill at the pharmacy. Their insurance might cover a certain portion of the bill, but they can still pay hundreds of dollars for overpriced medications.

Americans spend more than $300 billion a year on prescription drugs, and prices are much higher than in many other countries. To better demonstrate the price gap, a recent study found that prescription drug prices in the United States are 2.56 higher compared to 32 different nations. Overpriced drugs are often explained by the high costs of drug development and research, but that does not explain everything. The US government doesn’t directly regulate medicine prices, leading to prescription drugs being priced in the United States largely based on the market.

Cuban highly values transparency during the generic drug pricing process and passes on a more significant percentage of the savings to the patients. As also mentioned in one of our previous blogs, the pharma industry is not the most transparent and can benefit from being more transparent. For example, similarly qualified APIs can have different prices on our platform. These differences can even be higher when there is a distributor or an agent in between. So, similar to Pharmaoffer, Cost Plus aims to make middlemen obsolete.

But where the company exceeds expectations is the low prices. The price difference the company offers is unbelievable. A recent study has even found that Medicare, the federal health insurance for people 65 or older, overpays for most generic drugs. Medicare would have saved $3.6 billion if it purchased the generic drugs at prices charged by Mark Cuban. On the company’s mission statement, Mark Cuban also gives the example of the drug Albendazole, a drug to treat hookworms that costs as much as $500 per course, leading to most patients not having the financial resources to get proper treatment. Cost Plus sells this drug for $33 per course, fully explaining all the different costs that make up the final price.

How does the company work?

The Cost Plus formula is simple and fully transparent on its website; generic prescription drugs at the cost of ingredients and manufacturing, a 15% margin, a $3 pharmacy dispensing fee, and a $5 shipping fee.

Collaborating with the digital healthcare company Truepill, the startup provides its customers with a safe e-commerce experience. The patients first need to sign up, and then they can search and choose from hundreds of medicines, also having the opportunity to compare prices. After placing their orders, the patients receive their medication with a delivery system through Truepill’s extensive pharmacy footprint.

Cost Plus employs a direct-to-patient strategy, relies mainly on manufacturers and distributors, and tries to cut the middleman out of the equation. The middlemen in the pharma industry generally consist of pharmacies and insurance companies. In a perfect world, these middlemen would work to obtain drugs at a lower price, but in practice, their fees make the end price even more expensive. So, Cost Plus prefers to give the money to patients instead of middlemen.

❝ We cut out the pharmacy middlemen and negotiate directly with manufacturers to get the best possible price. Then, we show you exactly how much you’ll pay for us to keep our business running and how much it will cost to prepare and ship your prescription.❞

The startup will face some challenges. First of all, the number of generic drugs they offer is limited. Secondly, they operate on a cash-only system, and the company does not work based on insurance. Therefore customers who already have their medications covered by their insurance might find the company less practical. The company doesn’t sell brand-name drugs due to the extended patent protections. This might be a real problem since affording brand-name drugs is usually considered the biggest issue for American patients.
However, the company is well aware of its limitations. They increase the variety of generic drugs regularly and soon plan to add brand-name medications to their list of products. If Cost Plus manages to rise above its challenges, there is no doubt that it can have a disruptive effect on the American pharma industry. Thank you for reading! What is GMP, FDA, DMF and CEP? The differences explained